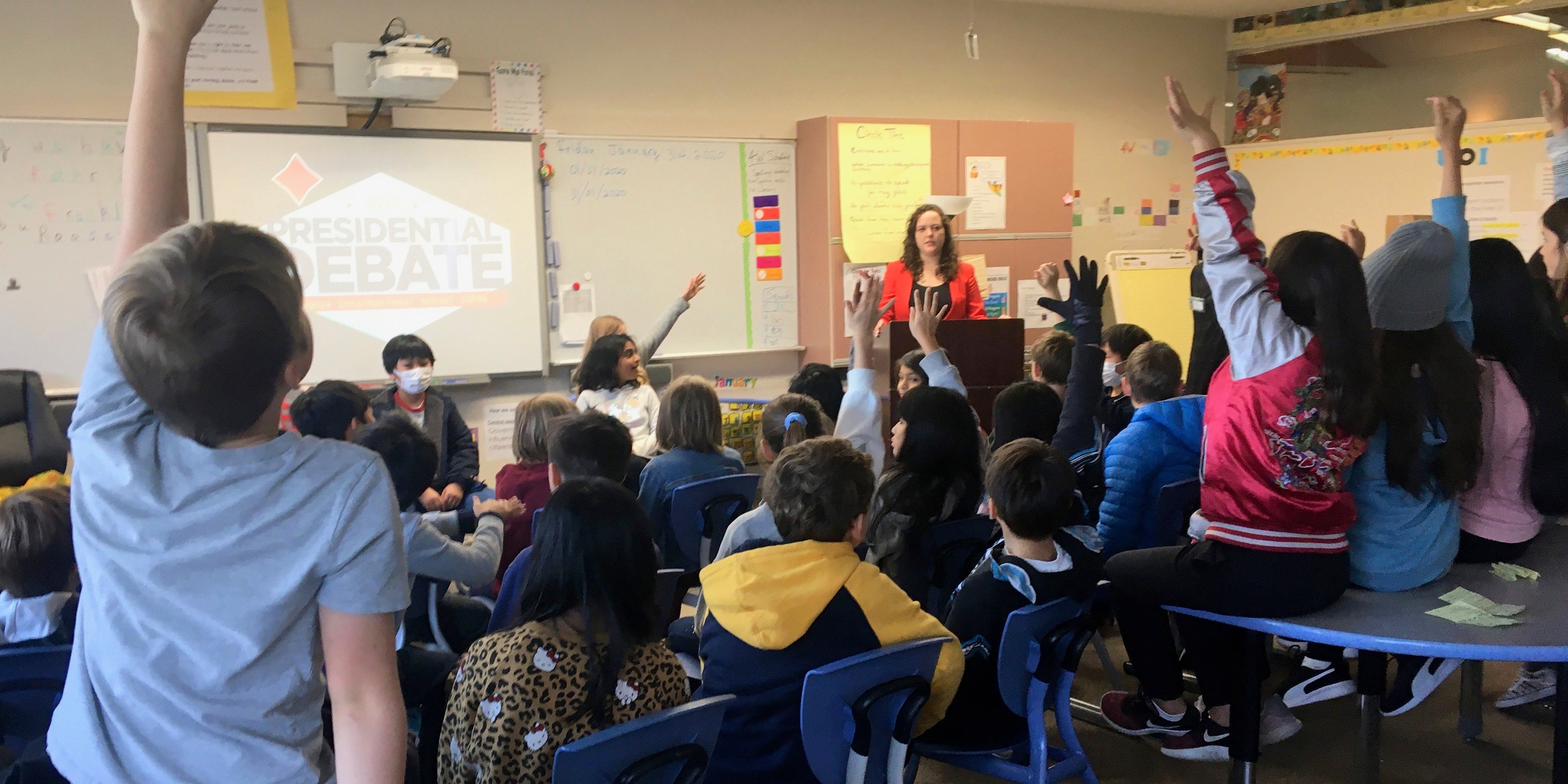 Democracy, what is it? What is it in the context of the wider world, in our individual countries, and even in our classrooms? These are the questions that Grade 4 set out to explore in the early weeks of Quarter 3 after returning from Winter Holiday.

How a UoI on Democracy Can Come to Life

They started big and first learned about the overall history of democracy. The students learned about the current climate and looked into the global situation…what countries are democratic? What other types of governance are there? Then they learned how the cornerstone of a democratic society, ensuring the voice of the individual, was implemented in different civilizations and how that changed over time. Their unit included the students' process of electing representatives to stand for and support their opinions on their behalf.

So, what better than a simulation in the classroom to demonstrate how democracy works? Indeed, it was time to plan a class sleepover!

The first task was to decide what was needed to be decided on! The date was set, but there was so much more to work out. First, there was the timetable for the evening. Also, what kinds of games would they play? Would they watch movies, and if so, which one(s)? Of course, food would be involved, but what kind and who would provide it? Exactly where would everyone sleep – certainly an essential logistical matter to be settled! And finally, some laws needed to be made around devices and their use during the evening. So much to be decided, but who was going to do it?

To decide who would decide, the students needed to form political parties, i.e., groups of people who wanted the same things. The parties would then nominate a president and representatives. These would be the students who would try to make other voices heard through decision-making.

In the first step, students interested in designing a sleepover itinerary became presidential candidates and gave a short persuasive speech to classmates. The 'voters' listened to the speeches and voted in a primary election for ONE candidate who represented their ideas the most. From there, the top two became the presidential candidates and thus the leaders of the political parties. The voters then chose who they would support. One was the president's party, and the other the opposition party.

During this time, the students needed to learn more about political parties and what it meant to be represented by someone. They studied both parliamentary and presidential systems, and what representation looked like in those two different types of governments. They also learned more about the local structure in Japan. They studied about Shiori Yamao, a member of the Japanese House of Representatives, who is the local representative for Aichi Prefecture.

And with that wealth of background information, it was time to put all this learning to work! It was time for the presidential candidates to stage a debate where the voters could ask the candidates questions about their vision for the sleepover. After the debate, they held the general election, and a president was selected by an anonymous vote!

Power to the People?

Now each student had a role – they were a citizen, a representative, or the president. Citizens made requests to their representatives and learned about a variety of channels in which to do that. What would be the most effective? Perhaps it was talking directly, or maybe it was through a written article or speech? Or did they need to be more active and organize a protest or create a petition? The students learned about all the different ways in which citizens voiced their concerns and opinions.

What information or data were needed for the representatives to know about their constituents so they could make the right decisions about the sleepover? They had to figure that out, too! In the end, they needed to learn about power and how to influence it or use it. Each student was then required to reflect on the experience, considering if they felt their voice was heard (or not) and why. They also pondered the power structure. Who had more when it came to decision making: the people or the government? Let's see what some of the students had to say:

In the end, with all the lessons learned, the hard work paid off! Because democracy worked in Grade 4, they all enjoyed a great sleepover as their reward! 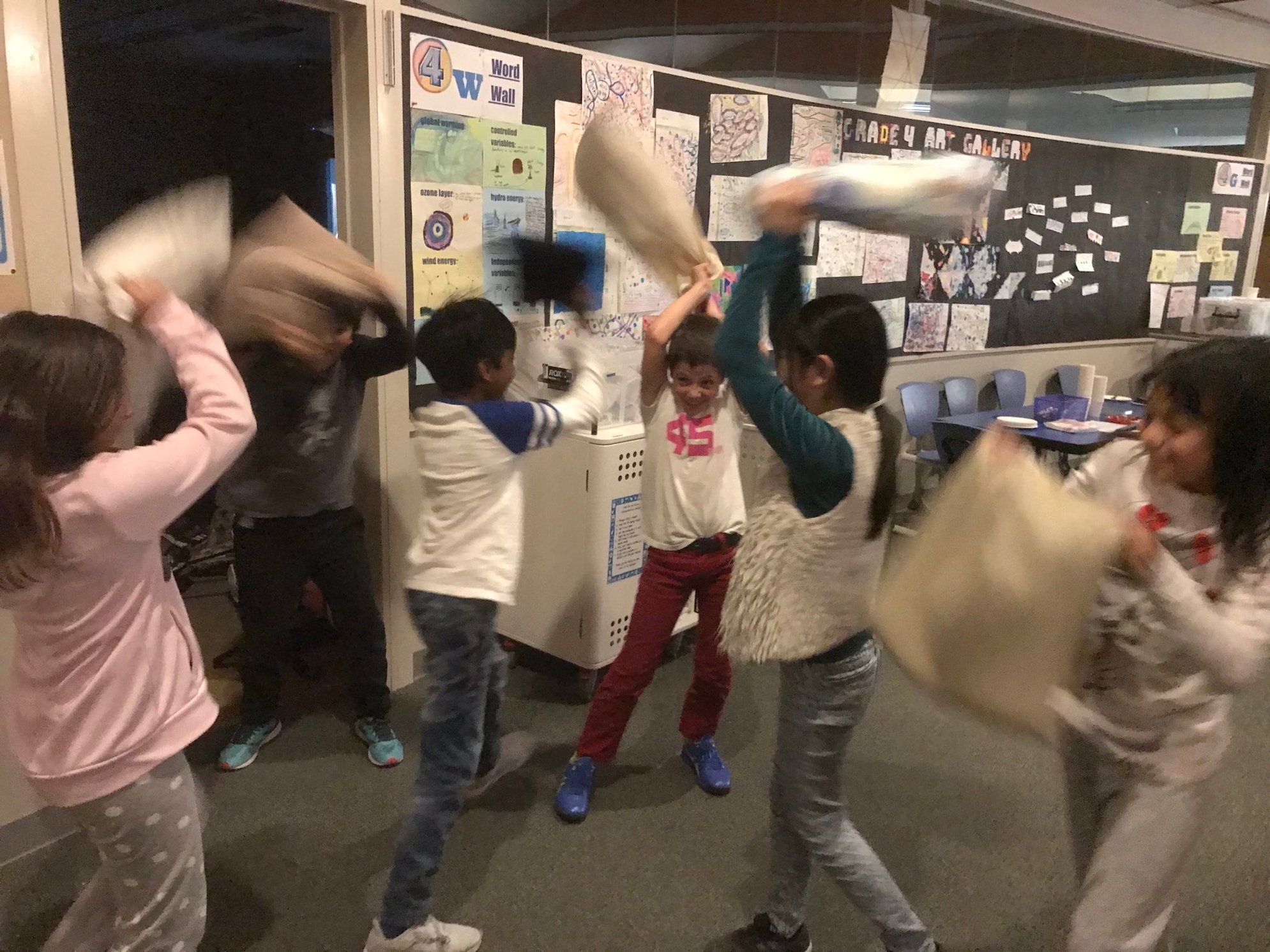 Celebrating UN `Day of the Worker'

Regardless of where learning takes place, NIS teachers have always, if possible, tapped into the...

Virtual Self Portraits from Home

There are so many subjects that, at first glance, would seem difficult to teach in a virtual...

While we are delighted - and feel grateful - to be back on campus with our students, one of the...